Showing posts from June, 2017
Show all

Trump And The KGB 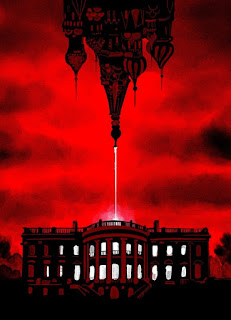 All talk shows on TV are saying rather conclusively that Russia did interfere with the 2016 election with the intent of defeating Clinton. What has not been decided is whether Trump colluded with Russia to do this. We do know that Trump the businessman has done business inside Russia. We also know that a number of confidants of Trump had been in close contact with Russia during the run up to the election. The investigation is continuing. On some of the above television talk shows it was mentioned that Obama knew about the Russian interference in our presidential election as early ss last August. The question is why did Obama not come forward about the Russian interference? No one had a good answer but here is my opinion. Obama was caught between a rock and a hard place. If he announced Russian interference in August Trump and Republicans in general would cry fowl and accuse him of trying to give an additional edge to Trump. Further, at that time most polls were showing Clint
Post a Comment
Read More
More posts