Military, Education and Other Necessities

- January 11, 2016
There are certain government functions that need to be handled properly regardless of cost. One example where Republicans agree is the military. While establishing this country’s military budget most politicians tend to first decide what is needed and then go about acquiring the funds in order to maintain our superiority. (For now let’s not get into the fact that it is largely the military-industrial complex that decides what is needed.and therefore they set their own budget.) 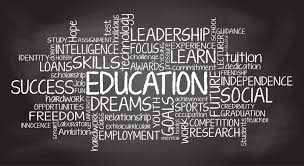 In other important areas including infrastructure, which includes water, and education, we often tend to first decide how much is available to spend and then argue over how to distribute the pie. Those ending up on the short end of the stick are most often the impoverished and/or minorities. One has to wonder what happened to the phrase  “... one Nation under God, indivisible, with liberty and justice for all.”

Aristotle is given credit for saying over 2,400 years ago, .”All who have meditated on the art of governing mankind have been convinced that the fate of empires depends on the education of youth.” It is worth noting he did not say “the wealthy youth” or the “white youth”. Intelligence comes in all colors and from all income levels.

One has to wonder what would have happened if the decision in Flint, concerning the water was made by a black Mayor instead of a white, Republican, Governor. The answer would be the Governor would order a state investigation with potential criminal charges being filed. Since it is highly unlikely our current Governor will institute an unbiased investigation, John Conyers should see to it one is instituted by the Department of Justice. I suspect, and surely hope, he is looking into this.
DPS education Grand Bargain