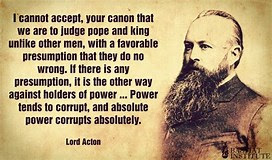 This is a summary of an The next phase of the Jan. 6 investigation | On Point (wbur.org) You can listen to entire broadcast by clicking on link above. I recommend after reading this summary, listen to the discussion by clicking on the above link. It would be difficult for me to identify a better current events program on radio than OnPoint. I have been listening for over a decade.

· Eight hundred witnesses are being called starting in May 2022

· Public hearings should start in next 60 days

· Trump is accused of encouraging violence with this tweet, “Be there and be wild”

· One additional problem identified is only one man, the VP, certifies elections. What happens if he refuses? In this case the Vice President, Pence, was one of those affected by the outcome. This is an obvious conflict of interest and must be corrected.

· Clock is ticking. Action must be taken soon.

· Those who attended the attack on the Capital, if they knew the purpose of the attack was to stop the transfer of power, which is the definition of an insurrection, may have committed a crime.

· Public hearings are expected to start sometime in May 2022 and no later than in June.

· Trump family members participated in the investigation and are expected to testify.

Quoting Raymond Smock, former historian of U.S. House of Representatives. “Single most important investigation in history because it had to do with the overthrow of the government. …. It is going to be big.”

Per Liz Cheney, “Hearings are what matters. It would be grand if Trump were either under formal accusation or in jail.”

As a Caucasian, it is disappointing that one of the main reasons Trump got elected was because so many in my race were disgusted with the election of our first Black President, Barak Obama.

After the Civil War, Black people were set “free” but were not “equal” in the eyes of much of the white population and according to many laws that existed and later established. They were no longer slaves, but they were segregated and discriminated against in ways that included where they could live, what schools they could attend, what jobs they could hold, etc...

Much of our current white population now feel that they are the ones being victimized by “reverse discrimination” over the past 60 years or so and they are tired of it. To some extent, they indeed have a valid point.

The rebuttal to the above argument is recent and present generations of white citizens never owned slaves and therefore never benefited from slave ownership. Black citizens, if they have the financial wherewithal, can live where they want if they are abiding by the rules and guidelines established over time. There is some truth to this, but us current whites did indeed benefit some because in the past black families did not compete for jobs and wealth building because their ancestors were enslaved and not allowed to build family wealth.

In other words, us white guys were given a head start in building wealth and for a certain portion of the white race the advantage was greater because of the ability of using black slave labor to build wealth. Further, without owning slaves many in the white race did benefit using slavery to help build America’s early infrastructure.