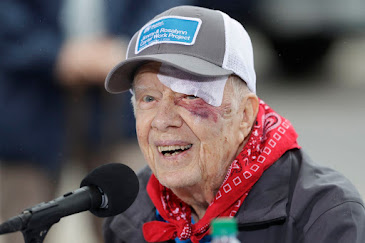 It would be difficult to make the case that President Carter was our greatest President ever.

However, it is a "no-brainer" to conclude that President Carter is one of the greatest human beings to ever be President. President Carter was our 39th president and served in that capacity from 1977 to 1981. He was born in 1924.

After his term in office President Carter took it upon himself to build houses for the needy.