Trump And End of Western Alliance 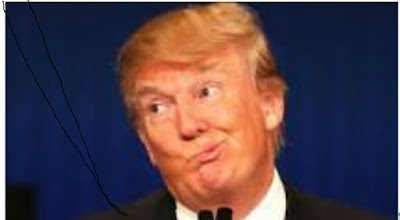 Please watch the video below.

"We won’t let the Trump campaign intimidate us from telling the truth. Beginning Saturday we will be running this ad in Arizona, our first television buy there this cycle."

The only way I can explain how this "incompetent" got to be President, is "paranoia". Us citizens, as a group, recognize that much of the world is catching up with us. We recognize we are no longer Godzilla of this planet called earth. This Paranoia exist even though for most of time after World War II we worked hard to bring more equality to the world.

Personally, I am proud of what we did. At the same time, it is reasonable to expect the remainder of the "free world" to step up as equals, and for the most part they have. If I was part of the Eurozone, I would be concerned whether that continent should continue to relay on the United States for its military protection.Trump cannot be trusted and that raises the question whether the American people can be trusted to elect moral, competent and trustworthy leaders.

I suggest that the election of Trump proves we are no longer reliable.

What do you think?