Showing posts from March, 2017
Show all

Trump's State of the Uniom 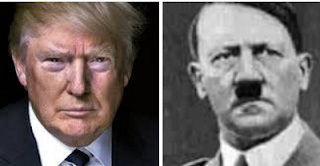 Many are giving President Trump high marks for his state of the union address. It was both well organized and delivered. The question is whether a speech should be considered a great  oratory if it is full of "false promises". President Trump has been known to create facts on the spot to make a point or dodge an issue. President Trump often uses the phrase "fake news" when talking about something in the media he does not like. The question is did President Trump fill his state of the union address with fake objectives and promises so his audience, the American people, will like it and him. We have all been around people who will do or say anything to be liked or to avoid a awkward situation. Based on his history we should not take what he says at face value.
Post a Comment
Read More
More posts