Trump Stinks! And So Do We! 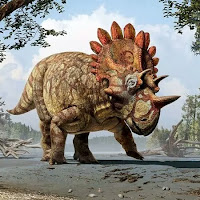 I dislike Trump and he is an easy target to slam, but guess what. He is winning. Even with his obvious shortcomings. This says more about us, the voters, than Donald Trump. What has happened to us?First, many of us are more prejudice and paranoid than we admit. It has to do with race and our position in this smaller world. We don't like to share. Over the last 50 years we have grown to understand as the white man starts out with a superior status in life and gradually and begrudgingly surrenders some of his power he begins to resent it.


The same is true with material status and wealth. After World War II we were the last industrialized country standing. Then we helped the rest of the world. It felt good. We were doing the right thing and it was working. Then recently we woke up and realized power is relative and in relative terms some of our world influence and power is slipping away. China has gotten stronger and challenging our influence. Europe has rebuilt and is the largest economic market in the world. We are losing control of the Middle East. Africa is still struggling, but going in the right direction.


Since power is relative, ours is slipping away. This is the expected result of choosing the right path after World War II. Just because it is the right path doesn't mean there will be days when we don't like it.

The same is true on a national level. Just because civil rights of all races is the right thing to pursue doesn’t mean there will not be times when us in the majority experience some remorse. The time is now. Let's hope we continue to have our christian values.
2014 Elections Trump