Where is China Heading?

- June 20, 2016
On Point Radio in March 2015 had a good discussion on China and its future. Guests included:
Damien Ma, fellow at the Paulson Institute. Contributor at the Atlantic. Author of "In Line Behind a Billion People.", David Lampton, professor and director of China studies at the Johns Hopkins School of Advanced International Studies. Chairman of the Asia Foundation and Susan Shirk, chair of the 21st Century China Program and Ho Miu Lam Professor of China and Pacific Relations at the School of International Relations and Pacific Studies. 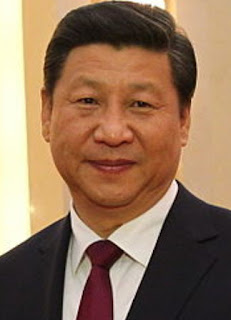 The panelist addressed the issue of whether China has peaked and whether it is the end game for the current Premier, Xi Jinping, and communism in one of largest countries in the world? The discussion is more than one year old but still relevant.


Many wealthy Chinese citizens are transferring assets overseas as Chairman Xi Jinping is redistributing wealth. There is concern that this could cause a regime change while Xi Jinping is very popular with the average Chinese citizen. With this being the case, some who monitor China would not be surprised if there was a coup quietly orchestrated by the elite without public knowledge until after the fact.


To add fuel to this speculation is China’s growth rate, which use to be in the double digits, has fallen to 7%. This is still high when compared to the rest of the world, but for China it is mediocre and perhaps indicates a smaller, more normal rate of growth in the future.


The country’s military budget has increased by 10% each year for over a decade. Such a growth rate is extremely high for a major country. Of course they are playing catch up to the United States, but it is still of concern to the rest of the world.


One result of the above economic slowdown is it is easier to spot the skimming of wealth from the country’s economy by the elite. Some experts speculate it is these “skimmers” who may orchestrate the coup. As of the writing of this summary the coup has not happened and Xi is still in charge. Xi, by many, is considered the strongest leader of China since Chairman Mao but he is only one man.


Many in China, and those outside who follow it closely, are concerned that Xi Jinping is taking on too much at one time. A major concern is pollution. In 2014 there were 214 days in certain cities where air pollution was so bad that families kept their children in their houses out of fear they would become sickly. This is almost 60% of the entire year. One listener calling in suggested this was China’s way of controlling population and perhaps it is intentional. One does wonder why the country’s leadership does not address the problem.


Another issue causing strife amongst China’s populous is how tightly the internet is controlled. The world has gotten smaller because of technology resulting in the Chinese people being more aware of the goings on in the outside world. Further, there is the long standing concern over quality control regarding the food chain and goods and services produced and sold in China and throughout the world. The panel stated  globalization warrants other nations having such concerns and should demand China implement better controls over their production chain.


China tends to look at Japan as a long standing enemy brutally killing many Chinese during World War II. Interestingly, while Chairman Mao reined more Chinese were killed by its own country than by Japan during the entire last century. These mass killings by Mao are not taught or mentioned in their history books and most of today's youth are not aware of this part of their country’s past.


Stay tuned to see how China will evolve. Chairman Xi Jinping is still in charge and going strong.