- May 26, 2015
Beware of the Panda: China is helping build a new high-speed trans-continental railway from the Atlantic to Pacific. Brazil to Peru. Over the Andes. They are investing billions as part of a quarter-trillion dollar Chinese investment in Latin America. While we fight wars, China builds relationships with our neighbors to the south.

There are credible reasons to believe that the superior performance of the Chinese economy may be coming to an end and with it added pressure on the ruling class to relinquish more power and freedom to the country's citizens. The country's phenomenal economic past performance allowed the leaders to maintain a tight grip on individual freedoms. As the economy's growth becomes closer to normal the citizens will be less patient with the lack of individual freedoms and rights. Let's hope the transition will be peaceful.

I recently read a section of the May/June 2015 issue of Foreign Affairs magazine called China Now and much, but not all, of what is written below is based on that publication. For those with an interest in China it is worth reading. 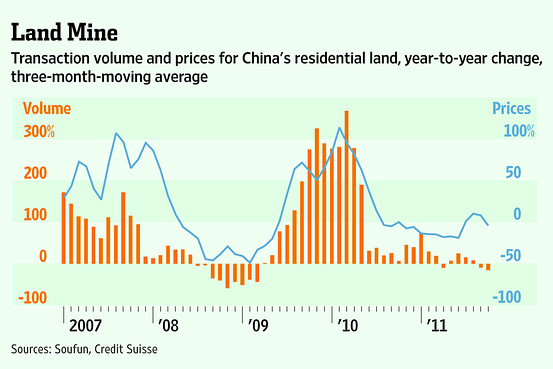 It is said by the ruling class that postmodern China was governed by "heavenly sanctioned" principles depicting the best way to be human. Other nations could live by the same principles but they could never be like the Chinese in defining what is proper and having society comply with such teachings.

From a Chinese perspective being Chinese means to practice proper behavior and to be a part of a civilization that is better than the rest of the world. The discussion amongst Chinese in today's times is what values should their race stand for. Our hope is they get spoiled by the freedoms we have. The Chinese government's hope is if they treat their citizens like a good father they will continue to rule. My observation is even the child that obeys all orders from the father wants to live his own life.

The dxominant ethnicity in China is "Han". A Han family living abroad is referred to as "Chinese abroad". This is not the case with other ethnic groups from China. If you are of a different "family" you are not Chinese in the purest sense. There is subtle discrimination towards Chinese that are not Han.

China does not live in a "now culture" The planning horizon for the United States is from election to election. In China developing a 10-Year plan is thinking short term.

In pre-modern China the country was ruled by a benevolent father-like figure. He had absolute authority, under Confusion rule, over his subjects but was expected and bound morally to treat them properly. If the Emperor failed to do so his subjects could rebel. In Tiananmen Square in 1989 some did rebel and lost.

Per Perry Link, Chancellorial Chair at University of California, this tradition of father-like rule still plays a major role in modern China. Remember, it was only 150 years ago that western civilization overran their country and it was less than 70 years ago when they regained control. China is still grappling with their place in modern society. Worth noting is the fact that in a Judeo/Christian society all men are thought to be created equal. In a Confucian society this is not the case.

Inequality is an issue in today's China. Many Commoners in China believe much of the wealth of people who are politically connected is earned through graft and corruption. The Internet has made it more difficult for the ruling class to keep the fruits of the modern world hidden from its citizens. We know the United States is no longer the "shining light on the hill", as Ronald Reagan use to say, and therefore fewer people in other parts of the globe see the U.S. as that beacon.

It is unclear how democratized China will become. Most western writers think democracy will eventually rule but no one is certain. My belief is as long as Chinese citizens experience a fast rise to prosperity, life expectancy and well-being they will begrudgingly put up with a benevolent dictatorship. Once this stops or slows down so will the patience of the Chinese citizen. Presently it is slowing.

The leaders in China recognize their empire collapsed in the mid 19th century because they considered themselves the center of civilization and they had nothing to learn from the outside world. Chairman Mao Zedong changed that philosophy and in the 1970's they decided they better open their eyes.

It is uncertain whether democracy will prevail and whether China's growth can continue to be financed on the back of loans secured by land.