In 2008 when the U.S. economy began to collapse China announced a $600 billion stimulus package to state-owned enterprises  (SOE's) rather than private firms. China's GDP nearly doubled over the next six years. The result was China recovered from the near depression faster than any of its peers. It would have been difficult for other countries to match what China accomplished.

The government owns almost all of China's land and 2/3rds of its productive assets. In addition to the government owning the land it controls the banks. This allowed them to act quickly in 2008 but the consequences of their actions have yet to be felt. The country paid a price for not having an economy disciplined by free markets. The ownership of the land enabled China's banks to provide loans using this asset as collateral and this led to overbuilding.


The country’s total debt in 2007, including private households, independent firms and government institutions equaled 158% of the country's GDP. In 2014 it reached 282% of GDP. This was among the highest levels of any major economy as is China's personal tax rates. With the economy's slowdown many borrowers are finding it difficult to pay as agreed. A painful crash could occur if the country does not face up to its problems. 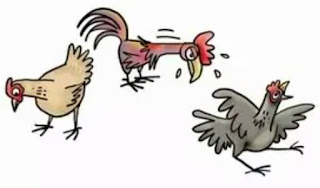 According to Zhiwu Chen, Professor of Finance at Yale University, the most important driver of China's economy for the past decade was the country's real estate market.

Rising property prices is what allowed for a large expansion of credit and capital. This in turn permitted local governments to invest heavily in infrastructure and industrial projects, which created jobs. With the government owning a large portion of the land, it manipulated prices.


The chickens have now come home to roost. From 2007 to 2014 China’s debt-to-GDP rose from 158% to 282%. At the end of 2014 China had 75 billion square feet of new property space either under construction or ready for occupancy. This is estimated to be a 5-year supply at current consumption rates, which are expected to decline over that period.  China's developed real estate has gotten ahead of demand. Prices have stabilized and in many sectors have declined.


This excess supply is a direct result of being fueled by a government bent on taking counter action to offset the true demand for developed real estate after the 2008 global recession. Presently there is little demand for new buildings along with price and rental rate pressures on existing buildings.

The slowdown is bound to cause higher unemployment, a reduction in growth of personal incomes, loan defaults, less employment, banks being put under increasing financial pressure and a reduction in citizen confidence. Time will tell whether this will translate into demands for less central control and more personal freedoms. In a democracy when the government performs poorly a regime change happens at the ballot box. In a country controlled by a self-appointed regime internal strife and revolutions are often the result. Only time will tell.