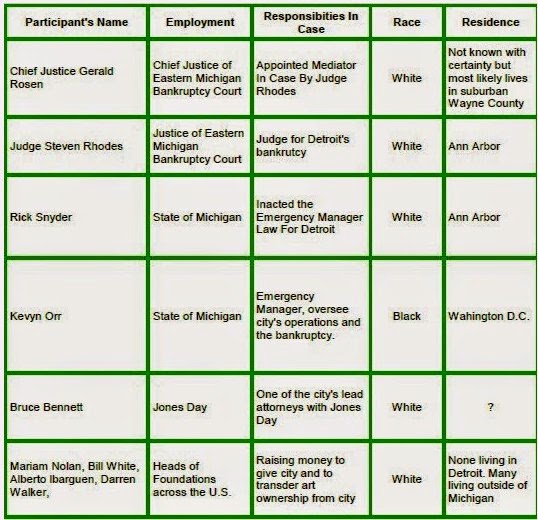 The above chart was created from information contained in an article from the Detroit Free Press How Detroit was reborn, November 9, 2014. Below are some observations that I find interesting.
The impression I got from reading the article in the Free Press was the momentum quickly shifted from how do we best help Detroit to one of how do we prevent the sale of art by the city. More
detroit Detroit Transparency DIA