ISIS and the real enemy

The problem is we have a common enemy and he is us. We are the Disunited States of America. How can we defeat an outside enemy when we are our biggest enemy?

The world is a much smaller place because of the internet . We have always been a nation that would argue amongst ourselves and in the end come out united and defeat the enemy abroad. This is no longer the case.

Today we have politicians who see their positions as one providing an opportunity to become a millionaire or a larger one. This is their focus today. They think John F. Kennedy was naive when he said "ask not what your country can do for you — ask what you can do for your country." 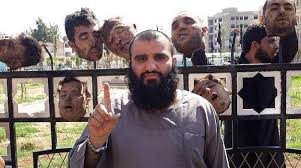 Our enemies, and our allies, see this and we have lost their respect. We are no longer seen as the beacon on the hill. Our beacon provides an easy target for our enemies to shoot at.

It is not the President. It is Washington including Congress. It is also our state politicians. Every vote they take, every speech they give and every hand they shake is calculated based on how much money will it provide and will it help them live the good life they pursue. Most in Washington spend far more time thinking how to defeat their political opponent than they do about defeating ISIS.

Until we defeat this enemy at home it will become harder to defeat our enemies abroad.
More