Showing posts from July, 2014
Show all

Every country establishes an economic system that it believes will best meet the goals and objectives of its people and the nation as a whole. The system selected is implemented to attain these goals. The nation is not created to meet the objectives of the economic system. It is the other way around. The United States selected the free market system as one that is best aligned with the philosophy under which the country was created and operates. For the most part, citizens of this country believe, as I do, that each individual has an obligation to provide for his family while abiding by the laws, rules and regulations of the country. The Founding Fathers were wise enough to understand that there would be situations where the objectives of the country could be better accomplished by government rather than free markets. The country's military and public education is a good example. Other examples include energy independence and global warming research related to seeking alternat
1 comment
Read More

Sometimes a slight physical handicap can cause a lasting mental affect. It took me 68 years to build up the courage to share this and I am doing it for the sake of my own mental therapy and maybe help a young person, or the parent of a young person, to best deal with his or her problem. My physical problem is minor compared to others. When I was born I had residual cervical palsy, In my case I was born with a pinched nerve in my neck that weakened my whole left side including my eye, arm, wrist, leg and ankle. If we met, chances are you would not notice my handicap. I actively played sports all my life including high school baseball and basketball. I was not bad in baseball as I was a pitcher and therefore needed to primarily rely on my right arm. (I did get hit in the head a couple of times from line drives back to the mound.) In basketball I was terrible but did play on the junior varsity team and was decent. I was better than average in tennis. I had terrific parents who for the m
1 comment
Read More

Detroit after bankruptcy what

What happens after bankruptcy? What do we want to happen after bankruptcy? Per an article in the Detroit Free Press on May 10, 2014 "This current fiscal year’s general fund spending came in at $996 million. Over the next three years, Orr’s budget calls for $937 million, $922 million and $927 million, respectively, in general fund spending." Yes the above budgets are balanced and that is a step in the right direction. This though, is not enough for the city to become a good place to live and raise a family. The expected budgets are not going to draw middle class families to Detroit. If the middle class does not prosper the city will continue to deteriorate with no end in site. Is this what Detroit and Michigan calls progress. Drastic problems require drastic actions. Reality is there are no quick, cheap fixes. Fixing Detroit is going to take a long time, 10 to 15 years, and it is going to take a lot of money, multiple billions of dollars. Detroit's citizens would be nai
2 comments
Read More 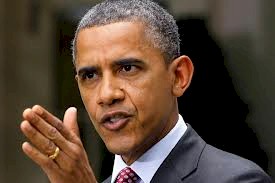 The President has made mistakes that contributed to our government not working as well as it should. We the people elected him even with his lack of experience. He was elected because of his charisma, intelligence and many citizens, black and white, looked forward to having a black President. The country was tired of war and saw John McCain as an old war horse and others were scared of having Sarah Palin so close to the nuke button. Hindsight says the President made a critical mistake by introducing legislation for universal health care, the Affordable Care Act, early in his first year in office while the country was in the early stages of fighting the worst economic downturn since the Great Depression of the 1930's. In addition, the President went into hiding for months in order to get up to speed on health care and the process necessary to pass it into law. He turned the process over to Harry Reid and Nancy Pelosi and they showed little respect for the concerns of the Republicans
Post a Comment
Read More

Where has the U.S. influence in the world gone

Many citizens are asking why is our federal government not working. Why are the two major parties always at logger heads? Why is the executive and legislative branches more often than not fighting rather than working together to identify and achieve the nations goals in this smaller and more complex world? Why has our leadership position in the world been reduced? The reduction in our leadership position in the world was to be expected. After World War II we were the only industrialized country in the world standing. The infrastructure of every other country was destroyed and we made the decision to help rebuild the countries of not only our allies but also our enemies including Germany and Japan. We can be proud of this and sometimes they and even ourselves forget. As our allies and enemies rebuilt it was only natural they gained more confidence and less dependence on the United States. During the same time period China begun to enter the modern world. By 2030 China will have 200 mi
Post a Comment
Read More
More posts