Showing posts from May, 2014
Show all

Mitten and the Antique Car Collection

I was thinking of writing a screen play loosely based on Detroit's bankruptcy staring Michael Douglas as the Governor of a fictional state called Mitten. The states largest city called Metrodroid is in financial trouble. The Governor is getting political pressure from the wealthier citizens of the state, who happen to be big contributors to his campaign, to do something about the financial woes of Metrodroid. The contributors, many of whom are heirs of individuals who donated classic cars to the city, are concerned that if the city declares Chapter 9 bankruptcy the political leaders of the city will try to sell off the car collection, that has an estimated value of somewhere between $10 and $15 billion dollars, and use it to improve the schools and infrastructure of the city in hopes of reviving the metropolis and making it a far better place to live. These contributors feel they have a right to enjoy the car collection even if it is presently owned by the city of Metrodroid.
1 comment
Read More

- May 16, 2014
In her book, How The West Was Lost, Dambia Moyo discusses the misallocation of labor resources caused by the high salaries paid to our sports heroes by society. The cost she points out is not the $442,000 per week that Kobe Bryant is paid for playing basketball, but rather the thousands of young boys, and now girls, who spend a large percentage of their time chasing the dream that only one in 10,000 reach. Society loses, not because Kobe gains. Society loses because so many children, often with encouragement from parents, sacrifice their time dribbling a basketball rather than studying in hopes of making it big. Society loses thousands of future teachers, scientists or engineers to a dream where success is stacked against the dreamer. Thus, our addiction to sports heroes is causing us to be less competitive to other parts of the world where ;education is valued more than a great athlete. Our universities are encouraging these false dreams. More:  http://bit.ly/FF1104iitl
Post a Comment
Read More

- May 11, 2014
When officials talk about the stakeholders in Detroit's bankruptcy they mention the creditors, pensioners, state, city, Mayor, DIA, Judge Rhodes and others. Very rarely do you hear anyone mention the citizens of Detroit. Recently a balanced budget was submitted for the upcoming year but there was no mention of where the city is going from there and what is the plan to get there. The Citizens of Detroit need to rise up to Judge Rhodes, Rick Snyder, Kevyn Orr, Mike Duggan and City Council and demand the same thing Cuba Gooding, Jr said to Tom Cruise in the movie Jerry Maguire... "Show Me The Money". In the case of the city it is "Show Us The Long Term Plan".The budget that was recently released reminds me of someone who is dying being taken off of life support without discussing how the patient is going to return to a "normal" life. It is time to show the citizens the plan. After reading a White Paper on Chapter 9 bankruptcy written by Jones Day, Detroit
Post a Comment
Read More 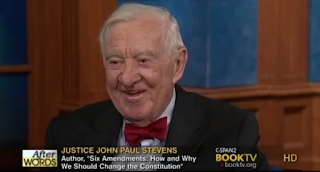 Below is a 2.5 minute video clip of retired Supreme Court Justice Stevens proposal to amend constitution relating to Campaign finance. Ask your senator and congressman to support the amendment. Below are the five points Judge Stevens discusses as summarized from the SCOTUSblog The Court’s campaign finance beliefs now provide that the only justification for regulating campaign speech and campaign financing is to avoid corruption or the appearance of corruption, is quite wrong.  T here is another way to protect against misconduct by elected officials – bribery laws. " “all elected officials would lead happier lives and be better able to perform their public responsibilities if they did not have to spend so much time raising money.” Stevens urged members of Congress to enact campaign finance regulations that distinguish between money provided by constituents and others, such as corporations and individuals who live elsewhere. Although money is used to finance speech,
Post a Comment
Read More

Blame Krugman and Others

Economists share some of the blame for the Great Recession. Their failure was and still is one of education. "In particular, this was no time to worry about budget deficits and cut spending, which would only deepen the depression. " Why Economics Failed , Paul Krugman, New York Times, May 1, 2014 The missing phrase in the above quote is "in the short run". Keynesians like Mr. Krugman need to stress more that the need to spend was a short run emergency and not a long-term policy. It is not unlike a family member getting in an accident and breaking his arm. Even though the money may presently be tight, it needs fixing and that cost money. Further politicians and economists who buy into Keynesian economists tend not to talk as much about restraining spending as the economy is rolling along nicely with solid growth and prosperity. I am a follower and believer in Krugman, but I do not recall too many occasions when he has aggressively shouted from the roof tops
Post a Comment
Read More 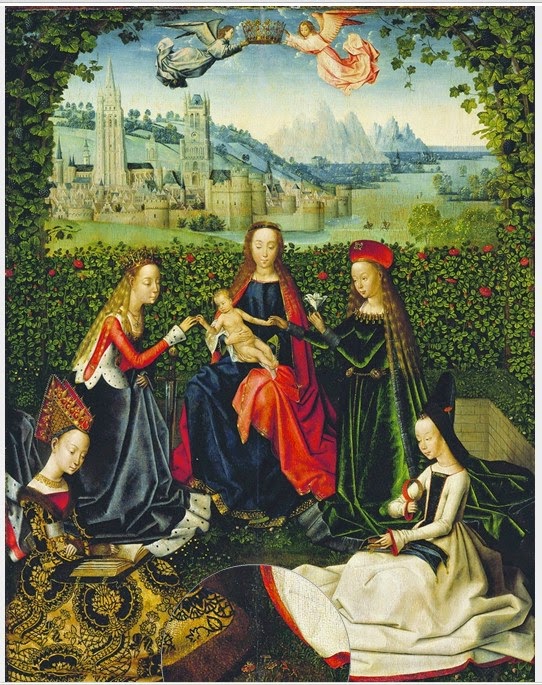 Detroit is in bankruptcy and looking to monetize assets. At the same time it is looking to keep the art collection stored at the Detroit Institute of Art (DIA) in tact. It has famous art works and it is one of the major attractions in the city along with the Detroit Tigers, Red Wings and Lions. One vehicle proposed to raise cash is using.art covenants. A simple explanation of an art covenant is it has some of the same traits as common shares of a publicly traded stock in a company like General Motors. A major difference is that the shares of General Motors stock are easier to sell. To the best of my knowledge there are no active public markets for art covenants. When someone owns shares in General Motors they do not have access to the assets of General Motors. Whether the price of General Motors stock rises or falls depends on the rate of return that General Motors experiences on their assets and the markets perception of how General Motors will do in the future. In addition, the rat
Post a Comment
Read More
More posts