- February 05, 2014
Here is a comparison of current budgets for education for the cities of Troy, Detroit and Birmingham, Michigan.

I used Troy in this analysis because it is a suburb of Detroit and I believe it is a representative suburban city in southeast Michigan.

The chart below compares Grand Rapids to Detroit. Detroit received more revenue per pupil from all sources which suggest that Grand Rapids is operating more efficiently. 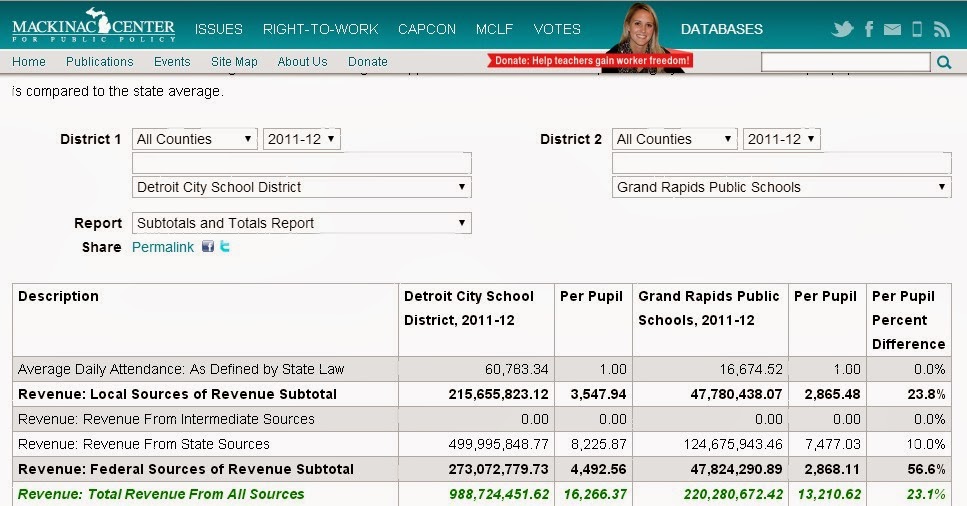 Here is an excellent essay on the history of school funding in Michigan.