Showing posts from February, 2014
Show all

- February 27, 2014
The summary of the Mayor's speech below was copied from the  City's website Speech Highlights “The Change is Real. It Has Already Begun.” Mayor Mike Duggan Delivers 1st State of the City Address In his first State of the City Address, Mayor Mike Duggan outlined a vision and strategy for improving services to Detroiters who have waited too long for real change. Duggan highlighted several key successes in the first two months of his administration, including a property assessment reduction, improvements to DDOT service and security and improving public lighting. He also punctuated his speech with stories of Detroiters overcoming great challenges just to live in the city. One example included a 53-year-old veteran who has had to take his DDOT bus in the wrong direction on his way to work, just to make sure he could get a seat when the bus eventually turned back around at the end of the line. Duggan also emphasized the importance of cooperation between the May
Post a Comment
Read More

Recently China introduced a new 10 year plan that promised a more market driven, as opposed to government dictated, economy. At the same time it does not intend to lessen the hold of its government controlled enterprises. In the west we see this as a major conflict of positions while in China many including rank and file citizens show little concern and welcome the change. We tend to disdain authority. The Chinese tend to revere it. China's leadership sees consumption as a means of boosting the economy and helping the country recover from its "century of shame", which covered the period starting in the mid 18th to about the mid 19th century. China at that time was overrun by emerging western powers that dethroned it from being the Middle Kingdom, as they called themselves, wherein the remainder of the world revolved around it. This push for consumption will also improve the lives of its citizens The Chinese people have a different attitude about its gover
Post a Comment
Read More A trustworthy source told me, although I have not been able to confirm, he read that Russia has not taken off the table the possibility of sending in troops. ** The European Union and the United States should immediately denounce this as an option. The EU and the US must send a message to Putin, probably privately, if he does this there will be severe sanctions imposed and we must be prepared to do what is necessary to stop him in his tracks. Let's not forget Putin is an ex KGB macho guy who is subject to doing irrational things. One area where The EU will need our support is Russia is a major provider of natural gas to Europe. We must be ready, willing and able to step in and fill the void that Russia may create. This will not come without cost. Fuel cost of all sorts will rise across the globe. This is a small price to pay to stop someone like Putin who will keep pushing until he meets resistance. The sooner we react to his aggression the less costly it will be. If the Uk
Post a Comment
Read More 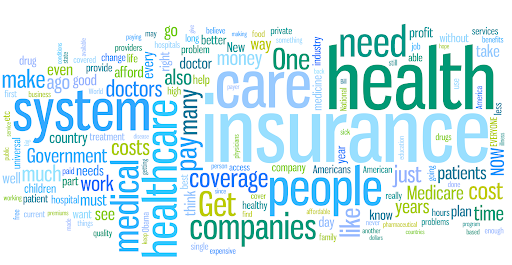 "The health care agenda cost the country dearly; not in terms of what was eventually passed, but rather in the time, energy and emotions of the country that it sucked up. I believe we needed health care reform, however I would have done it differently by creating more competition in the industry including going across state lines. He should be open to some amendments but his own party would revolt. It would be good if the GOP helped him on this issue by making it part of the grand bargain on debt." Shackles of Obama , FreeFreeMarkets, April 18, 2013 Some Democrats are ready to amend the law but I believe the Republicans think they smell blood and instead of doing whats right for the country they will look at it as an opportunity to advance their own wealth and power. The health care law should not have been introduced when it was given the fact in 2008 - 2009 the country had a near miss with a second great depression, the President lacked experience and hid out for a
Post a Comment
Read More

The Ukraine is presently going through some turmoil. The political leadership appears to want to align the country more with Russia while there is a strong citizen led desire to to align itself with the countries in the Eurozone. The citizens of the Ukraine must make the decision and not allow outsiders to make the decision for them. Economic factors need to play a role in the decision, but economics should not be the only criteria used to reach a decision. History needs to play a role and perhaps most important the general philosophy and beliefs of the citizens must be a part of the decision. Only Ukrainian's should decide the future of their country . Below is a chart that provides information to help evaluate the economic consequences of your decision. The comments in red our the authors interpretation of what the data means.   Це залежить тільки від української, щоб вирішити майбутнє України. Удачи!
Post a Comment
Read More

The Economy: Ukraine Versus Poland

Comparing the economies of Poland and Ukraine is an interesting study of two economic worlds. Before the breakup of the USSR both countries were satellites of this super power. After the break up Poland became aligned with the Euro Zone while Ukraine remained close to Russia. Below are some economic facts of each county taken from Index Mundi . By most measures Poland's economy has performed much better.
Post a Comment
Read More

Did Labor Cause Detroit's Demise

During the course of the U.A.W. trying to unionize a Volkswagen plant in Tennessee those opposed used an argument that the union caused the demise of Detroit. It was more than unions! Labor alone did not cause the collapse of Detroit. The American auto industry, including labor, contributed to its demise as did many other social/economic factors having nothing to do with the auto industry or labor. However, a big factor was the destruction of all exterior competition due to World War 11. After the war the United States was the last industrialized nation standing. As a result of the industry consolidating and the U.A.W. effectively joining forces with the "big three" they could pass on increased labor costs to the consumer and absorb some of the cost by reducing the quality of the product produced. In other words, this oligopoly of an industry and its labor force controlled the market. There was no outside competition. Before imports, they could raise prices and pass on s
Post a Comment
Read More

"No, a big factor here is a loss in self-confidence. It takes faith to move. You are putting yourself through temporary expense and hardship because you have faith that over the long run you will slingshot forward. Many highly educated people, who are still moving in high numbers, have that long-term faith. Less-educated people often do not."  The American Precariat , New York Times, February 10, 2013 It is not an accident that this pessimism has occurred as inequality has grown. As wealth and power becomes concentrated and nothing is done it is not surprising the 99% become disenchanted. How do you remain optimistic when you see the 1% continue to accumulate a disproportionate amount of power and wealth? How do you remain optimistic when you watch your elected officials view their job as an advocation, where they gain power and wealth, instead of viewing it as an advocation where they do societal good. The country needs a root canal to get at the problem and here is
Post a Comment
Read More

The best way to understand Mr. Obama’s predicament is to compare it with that of previous presidents who wound down major wars.... Dwight D. Eisenhower after Korea, Richard M. Nixon after Vietnam, and the first George Bush, after the Cold War, said much the same thing. Their less-is-more record contains good news for Mr. Obama, and clear warnings.  The Price of Pulling Back From the World ,  New York Times, February 9, 2014 Things are different now. We are losing our superiority over the rest of the world. The center of the world economy is shifting eastward towards China and India. Per a research study completed by the National Intelligence Council , "By 2030 Asia will be well on its way to returning to being the world’s powerhouse, just as it was before 1500." Presently the Defense budget of the United States is equal to the combined defense budgets of the next 13 countries in the world. The explosion of the digital economy is making it easier for other nations t
Post a Comment
Read More

It would be interesting if citizens in Detroit set up a shadow school board for the Detroit Public School system (DPSB). There are many citizens who are upset with the present board and the Education Assistance Authority.(EAA). The focus of this shadow board would be constructive rather than challenging the DPSB and EAA at every turn. The best result would be attained if the current board supported such an effort and contributed to the likelihood of something positive coming from such a group. The group's focus should be on making up a to do list and not a wish list. This shadow board would require a lot of effort from its members with no pay. I envision it focusing on a 10 year plan wherein the objective would be for the school system getting results equal to or greater than the top 20% of school districts in the state. One prerequisite would be the proposed plan must be realistic. The plan would take into account financial and social/economic realities. More than anything el
Post a Comment
Read More

Here is a comparison of current budgets for education for the cities of Troy, Detroit and Birmingham, Michigan. Funds from the state as a percentage of their total budget are larger in Troy then Detroit by 13%. Funds from the state and federal government as a percent of their respective total budgets are 10% greater in Detroit. I used Troy in this analysis because it is a suburb of Detroit and I believe it is a representative suburban city in southeast Michigan. The chart below compares a wealthier suburb, Birmingham, to Detroit. The major difference is Detroit got much more of its revenue per pupil from federal revenue and Birmingham collected more revenue per pupil from the citizens of Birmingham. The chart below compares Grand Rapids to Detroit. Detroit received more revenue per pupil from all sources which suggest that Grand Rapids is operating more efficiently.
Post a Comment
Read More

"Not everything that counts can be counted, and not everything that can be counted counts." (Sign hanging in Einstein's office at Princeton) The above is one of my favorite quotes tied in with Einstein. I thought about this quote as I was thinking about the slaughter experienced by Payton Manning and the Denver Broncs against the Seattle Sea Hawks. I was cheering for Denver, because of Manning and I kept asking myself what happened, where was the Manning we all watched throughout the season? We know it wasn't for lack of preparation. We know it wasn't due to a lack of ability. We know the Broncos up until Super Bowl Sunday were considered to be the best in the league? Manning had almost 5,600 yards passing this year with a 68% completion rate. He averaged 335 yards per game. He was a machine that seemed to be unstoppable. So what stopped him? This is when I thought of the above quote. Manning studied and prepared hard for the game, while Seattle had the i
Post a Comment
Read More
More posts