Showing posts from October, 2013
Show all

- October 31, 2013
The comments below were written by Greg Thrasher and are not necessarily the beliefs of this blog. Greg is the Editor of the blog Plane Ideas and his specialties include: Public Speaking * Consults * Educational Aides * Research. I find his ideas are worth listening to. His email address is: planeidea@msn.com __________________________________________________________________________ There were no loud explosions nor chaos in the streets, troops did not flood the avenues and enclaves of the city. A manifesto was not distributed by air drop nor was there a state of martial law issued. A coup took place in Motown a ' regime change' in the post industrial rust belt has been installed. In the post industrial era of America political, cultural, and economic realities are unlike anything our country has experienced. The very fabric of life in this era is altered by the forces of technology and the global marketplace. Traditional platforms of interaction with elected officials
1 comment
Read More

Do Not Forget Who Caused Shutdown 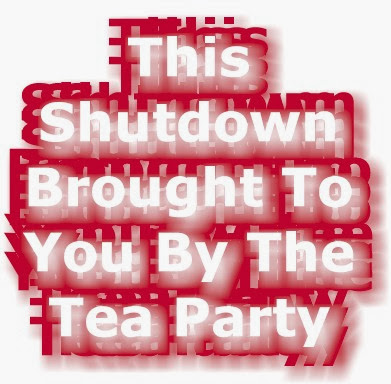