Showing posts from September, 2013
Show all

Emerging Countries and the U.S.

- September 25, 2013
If you were living in or overseeing an emerging country like Brazil, Mexico, Kenya or South Africa how comfortable would you be to have your nation solely rely on your affiliation with the United States for your future? From afar you see the U.S. having a difficult time taking care of its own business. You see a group of politicians threatening to shut down their government in order to prevent the enactment of a healthcare program that was passed according to law and a Supreme Court ruling it is constitutional. These politicians are willing to risk the credibility of their government in the eyes of the world for the sake of remaining in good standing with a splinter group called the Tea Party. You see a congress and senate not willing to support a president who wants to punish Syria for using a weapon of mass destruction as defined by the United States and the United Nations. You also see other leading nations of the world not willing to protect civilians from chemical weapons.
1 comment
Read More

Government Shutdown and Obstruction of Justice 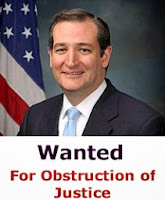 Obstruction of justice can include crimes committed by judges, prosecutors, attorneys general, and elected officials in general. Obstruction of justice is an attempt to interfere with the administration of the courts, the judicial system or law enforcement officers, including threatening witnesses, improper conversations with jurors, hiding evidence, or interfering with an arrest. This is how Congress is acting. The Affordable Health Care Act was passed into law by the House and Senate and signed by the President. The Supreme Court ruled that the law was constitutional. President Obama was reelected by a large margin in the 2012 election. Those in congress who are trying to block the implementation of the law are obstructing justice and should be treated accordingly. If this is not obstruction of justice what is?
3 comments
Read More 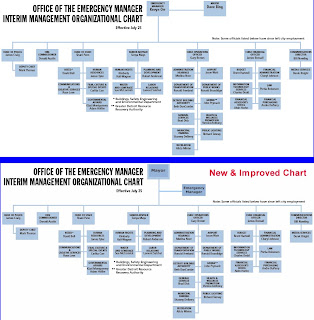 The city is not organized properly. An Emergency Manager is overseeing the largest municipal bankruptcy in history and at the same time overseeing the operation of a city having a geographic area greater than San Francisco, Boston and Manhattan combined. No one on this planet can handle both tasks at the same time. Below is a the start of a proposed revision of the city's organization chart. In addition, the Mayor needs to further delegate responsibility and authority to the people reporting to him. As Ronald Reagan said of the Soviet Union, "Trust, but verify." The organization chart below needs further work.
Post a Comment
Read More

- September 11, 2013
In the United States the majority should not rule. The majority has the right to elect a leader they trust will make the right decisions the majority of the time. This is the way it should be. Today's world is too complicated for every citizen to understand every issue facing this country. The best we can do is elect a leader that we trust and one that either has the knowledge on all issues confronting the country or has access to such knowledge. If we lose that trust in the President then we should remove him from office by voting him out or impeachment if we deem necessary. The President is right about destroying Syria's chemical weapons if we feel countries should not use weapons of mass destruction. By allowing them to get away without repercussions we are sending a message to all nations, including Iran and their nuclear weapon development.
Post a Comment
Read More

- September 07, 2013
Below is a summary of an article in the  New York Times in November 2012 . The cost of tuition varies significantly. For example at Wayne State University it is $410 per credit hour and at Wayne Community College the cost per credit hour is $102.
Post a Comment
Read More 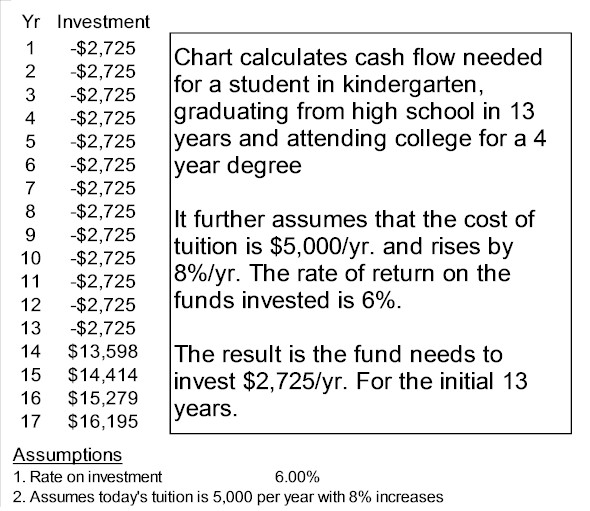 This is an estimate of what will need to be saved each year to pay for your child's college tuition in 14 years . This is only one  scenario , but start thinking about it now.
Post a Comment
Read More