Showing posts from July, 2012
Show all

- July 30, 2012
Below are two quotes; one from Romney while in Israel and the other from a reporter in December 2011. Ask yourself, is the statement by Romney directed more at getting votes or were they made to help address the serious issues in the middle east. First Romney:
1 comment
Read More 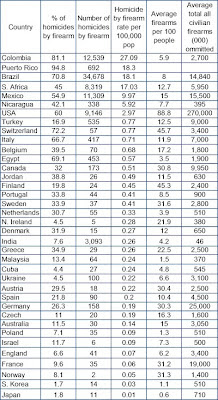 Too Big to Regulate

- July 23, 2012
Capitalism is broken, needs fixing or must be further regulated to protect the market from oligopolies. This is related to inequality of income. If we desire to fix inequality, we must fix capitalism. "The central problem, then as now, was that very large corporations could easily undermine regulatory and antitrust strategies. The Nobel laureate George J. Stigler demonstrated how regulation was commonly “designed and operated primarily for” the benefit of the industries involved. And numerous conservatives, including Simons, concluded that large corporate players could thwart antitrust “break-them-up” efforts — a view Friedman came to share.
1 comment
Read More

- July 18, 2012
Somehow over the last 30 years our economic system, capitalism, has lost its way. Most citizens believe a free market means government should have no control how the private sector operates. This is contrary to the teaching of the founder of capitalism, Adam Smith, and one of its biggest advocates, Milton Friedman. " Capital cannot be expected to be self-policing. To prevent it from mortgaging humanity’s future, governments must reject laissez-faire attitudes. The “visible hand” of government is needed to manage the markets, revamp regulatory systems and bridle reckless behavior. Governments should encourage businesses to invest in the “real” economy — to promote technological innovation and job creation rather than speculation and profiteering." Rebalancing the Global Economy , New York Times, Li Congjun, July 17, 2012 Li Congjun is the president of Xinhua News Agency, the official press agency of the People’s Republic of China. Too many, the above statement sounds li
1 comment
Read More

- July 17, 2012
"The global bank HSBC has been used by Mexican drug cartels looking to get cash back into the United States, by Saudi Arabian banks that needed access to dollars despite their terrorist ties and by Iranians who wanted to circumvent United States sanctions, a Senate report says."   Regulators and HSBC Faulted in Report on Money Laundering, New York Times, July 16, 2012 Why are we defining "free markets" as similar to the lawless wild, wild west? And why is this lack of control and concern occurring even with our money in the banking industry? The right has managed to blur the distinction between regulations that confuse the consumer and cost more to enforce, than the benefits and costs received in its implementation, with the government being the referee of free markets and specifically banks. Free Markets, capitalism, is getting a bad name. Main stream America, not just the far right, defines "free markets" as an economy that is void of any governme
Post a Comment
Read More

- July 15, 2012
Below is an excerpt from an article concerning a book that has its forward written by George W. Bush called The 4% Solution: Unleashing the Economic Growth America Needs . “While the causes of the 2008 crisis will be debated by scholars for decades to come, we can all agree that excessive risk-taking by financial institutions, irresponsible decisions by lenders and borrowers, and market-distorting government policies all played a role,” Mr. Bush wrote in the foreword. “The question now is which policies we should adopt to fix the problems, speed the recovery, and lay the foundation for another long, steady expansion.”... "...At the same time, while warning of the consequences of spiraling federal debt, the book cautions against deficit reduction as an immediate goal, saying tax increases and spending cuts in the short term could strangle growth. “Reducing the debt is critical,” Mr. Glassman wrote in the book’s introduction, “but growth comes first.”..." Enlisting Econo
1 comment
Read More

- July 14, 2012
Romney should be held accountable to release his tax returns and other financial information including his off shore assets and explain why he was signing documents for the SEC on behalf of Bain while he was "no longer employed by Bain". During the campaign Romney has proven he will do or say whatever is opportune to get elected. As President it is important to come across as trustworthy. This cuts across all relationships that one will have while holding office. While negotiating with congress it is counter productive if others are hesitant to believe anything you say. If one is involved in negotiations on a one time basis, being deceitful with that person may not be harmful to accomplishing your immediate objective. If, on the other hand, one is negotiating with members of congress, on different issues, on a constant basis, ones lack of trustworthiness interferes with ones ability to reach agreement. The same holds true with foreign leaders. If they don't trust o
3 comments
Read More

- July 13, 2012
"But the big story here is cultural and moral. If schools want to re-engage Henry, they can’t pretend they can turn him into a reflective Hamlet just by feeding him his meds and hoping he’ll sit quietly at story time. If schools want to educate a fiercely rambunctious girl, they can’t pretend they will successfully tame her by assigning some of those exquisitely sensitive Newbery award-winning novellas. Social engineering is just not that easy. Schools have to engage people as they are. That requires leaders who insist on more cultural diversity in school: not just teachers who celebrate cooperation, but other teachers who celebrate competition; not just teachers who honor environmental virtues, but teachers who honor military virtues; not just curriculums that teach how to share, but curriculums that teach how to win and how to lose; not just programs that work like friendship circles, but programs that work like boot camp."  Honor Code , David Brooks, New York Times, Ju
1 comment
Read More

It is interesting that in a time when inequality is a major concern in the country, someone in the top 1%, with the help of other members of that elite club, is making a serious run to be President. They are trying to buy the election. Our economic and political system is broken, now is not the time to have a fox guarding the hen house. Do you believe the fox has much empathy for the hens? Obama is a moderate not pretending to be anything else. Romney pretends to be whatever his audience is on any given day or moment. During the primary he was a right wing radical. Now he is backing away from that. He cannot back away from being a member of the 1% club. Obama has made mistakes due to his lack of experience in 2008. Since then, he has gained experience, has moved to the center and has a clear idea of what needs to be done. Pushing for health care reform right out of the box was a big mistake when the economy was being flushed down the toilet. How many Presidents took office whe
2 comments
Read More

The dirty laundry showing in the banking industry is also worn by our politicians. Why is not Obama and Romney talking about what is going on in banking; not only the LIBOR scandal, but the huge trading losses incurred by JP Morgan Chase. In traditional politics our candidates would get free air time in all news outlets and be on television front and center. Further, politicians in America  are much quieter about this scandal than their counter parts in the U.K .. In years gone by Romney would be shouting "it is happening on Obama's watch." Obama would be uttering "let's get those scoundrels." The legislative branch is just as silent. Congressman Spencer Bachus, Chairman of the House Committee on Financial Services and Tim Johnson, Chairman of the Senate Committee on Banking, Housing and Urban Affairs would be holding hearings and issuing subpoenas calling bankers on the carpet like they did during the collapse of the auto industry. I still remember Senato
2 comments
Read More

- July 04, 2012
"The crisis in the euro zone may be easing at long last, Standard & Poor’s said, citing the agreements reached last week by European leaders as important steps toward ending the chaos that has led to questions about the very future of the 17-nation currency zone.", Relief May Be In Sight For The Euro Zone, Standard & Poor's Says , New York Times, July 4, 2012 Remember, S&P was one of the rating agencies giving bonds backed by sub-prime loans an investment grade rating. It is true that the current chaos may subside as a result of the recent agreements, however, the core issue of creating a political union is unresolved. More
2 comments
Read More

The only way for the euro to survive is if parts of Europe politically unite under one constitution and one governing body elected by the citizens of the new amalgamated country. In order for anyone to believe this will happen, he must be one highly intoxicated optimist. There are 27 countries in the European Union from Germany with a population of 81.7 million to Malta with 417 thousand citizens in 2011. Only 17 of these countries use the euro.  Europe, and the world, needs to plan for the end game. The dissolution of the euro is inevitable. We need to plan now to minimize the negative impact. The impact will be negative, it is the degree of impact that is yet to be decided. The six most populated countries of Germany, France, United Kingdom, Italy, Spain and Poland have combined populations of 355 million. This is slightly larger than the United States. In 2010 the GDP of these six countries totaled $12.7 trillion in nominal dollars while the GDP of the U.S. totaled $14.6 tr
5 comments
Read More
More posts