- May 07, 2012
A form of the "confidence fairy" is needed in the United States; confidence that we have the room to do further spending without making our debt problem so huge that we will not be able to recover from it.

The situation today is different from the 1930's through the end of World War II. Back then we were literally fighting for our lives and after the war we were the last country standing. Today the world is much more economically competitive and therefore we are not alone in wanting to meet the world's demand for goods and services. 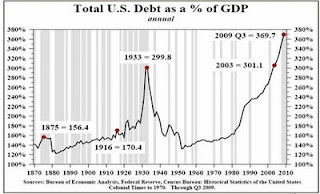 Keynesian economists and the present administration have done a poor job of "selling" the idea to the public that we can handle a surge in stimulus and in fact it is the proper thing to do.

In the meantime, Paul Ryan and his ban of out of control Republican crazies have been beating the drum of lowering taxes as the way to spur growth. The President needs to be bold and step out on the plank of stimulus, investing for the present and future, and explain the situation to the voter. Instead, he is on a sabbatical called campaign 2012.

He needs to understand that making growth a part of his campaign is a winner. Instead of hiding from the question of whether we are better off than four years ago he should explain that indeed we are. Four years ago we had an economic bomb brewing; we just did not recognize it. Today we suffer from the "confidence boogeyman" and the President needs to put him to rest.

The boogeyman was created when the citizenry of this country watched our government unable to agree to a plan to get our debt problems under control last summer. Is it any wonder they have doubts whether our politicians can muster the will to do what is necessary?

Below is a recent interview with Paul Krugman, Nobel Prize winner in Economics. I agree with much of what he is saying except we need to get rid of the boogeyman now.